If you haven't had enough, yet, of those ubiquitous collections of memorable phrases, epigrams, aphorisms, and adages, here is mine.

A language that doesn't affect the way you think about programming, is not worth knowing.
Alan Perlis

The use of COBOL cripples the mind; its teaching should, therefore, be regarded as a criminal offence.
Edsger W. Dijkstra

When your hammer is C++, everything begins to look like a thumb.
Steve Hoflich

It is practically impossible to teach good programming to students that have had a prior exposure to BASIC: as potential programmers they are mentally mutilated beyond hope of regeneration.
Edsger W. Dijkstra

A Lisp programmer knows the value of everything, but the cost of nothing.
Alan Perlis

Think of C++ as an object-oriented assembly language.
Bruce Hoult

An expert is one who knows more and more about less and less.
Nicholas Murray Butler

The purpose of a graphical user interface is to make simple things simpler and complex things impossible.
...

Recursion is the root of computation since it trades description for time.
Alan Perlis

Life, loath it or hate it, you can't like it.
Marvin 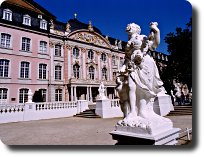 Those who don't understand UNIX are condemned to reinvent it, poorly.
Henry Spencer

What is wrong is that we have invented the technology to eliminate scarcity, but we are deliberately throwing it away to benefit those who profit from scarcity.
John Gilmore

The required techniques of effective reasoning are pretty formal, but as long as programming is done by people that don't master them, the software crisis will remain with us and will be considered an incurable disease. And you know what incurable diseases do: they invite the quacks and charlatans in, who in this case take the form of Software Engineering gurus.
Edsger W. Dijkstra

People without qualities tend to regard money as a quality and do anything to improve more and more on that.
...

Absolute certainty is a privilege of uneducated minds - and fanatics.
Cassius J. Keyser

Chi fuma uccide anche te: digli di bucarsi.
a graffiti
(roughly: Who smokes kills you too: tell him to shoot up.) 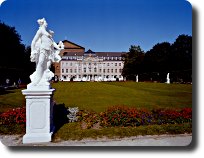 History is written by those who can't read it. Thus it's destined to repeat itself over and over again.
...

Rock singers are those who think things may seem more interesting if yelled to a microphone.
...

Learning of many things does not teach intelligence.
Heraclitus

All the photographs and artwork on these pages are copyright Walter C. Pelissero. All rights are reserved. No copy, manipulation or transfer, beside for the sake of personal view of the page where they appear on, is allowed. Also the direct linking of web pages to the single photograph image is forbidden.
If you need to have them, much higher resolution hard copies are available on request.