The development of MeDaMa has been abandoned. It might not even compile any longer on a modern Lisp implementation. The are several reasons behind this decision:

If you are still interested in having a peek in its code, what follows is the original page.

MeDaMa (medama-20150207T213705.tbz) is a meta-data manager in general, and a picture manager in particular, written to archive, sort and ultimately make sense of my increasingly messy collection of photographs. Although still under development it can already do several things: 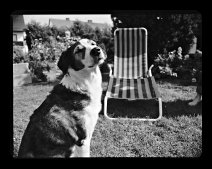 To compile, a Makefile is provided; just type make and after a while you should be able to run mdm from your command line.

All the photographs on these pages are copyright Walter C. Pelissero. All rights are reserved. No copy, manipulation or transfer, beside for the sake of personal view of the page where they appear on, is allowed. Also the direct linking of web pages to the single photograph image is forbidden.
If you need to have them, much higher resolution hard copies are available on request.